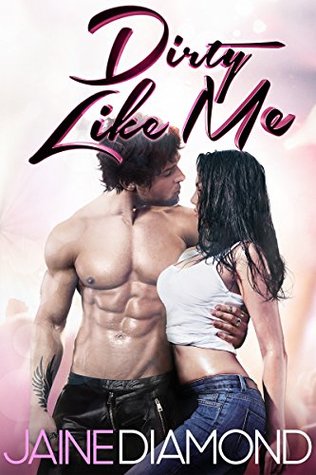 A gorgeous rock star.
An indecent proposal.
How can a girl resist?

Struggling barista Katie Bloom doesn’t even know who Jesse Mayes is until she inadvertently wins the coveted role of sex kitten in his hot new music video. But by the time she’s in bed with him, she knows his reputation.

Making out with a stranger in front of a camera crew isn’t how Katie imagined herself getting over a broken heart, but when Jesse touches her, sparks fly. The sex is fake but the chemistry is real, and soon the steamy video is blazing up the charts.

Then Jesse makes Katie an irresistible offer: act as his girlfriend for six weeks while he promotes his new album. The only catch? Their sizzling make-out sessions will be for the cameras only.

Which is fine with Katie, since she’s not about to trust her heart to rock’s most legendary lover. Her body? Maybe…

I’ve read so many different rock star romance books, that I feel that the theme is a little outplayed. It’s always about how a normal girl meets a sinfully hot musician, who’s usually giving this normal girl an offer that’s way too good to refuse. Somewhere a long the way real feelings will develop, but because they’re always both hurting in one way or the other, they won’t acknowledge this until it’s almost too late. That’s why it’s so refreshing to stumble across Jaine Diamond’s take on this genre and I have to say, she doesn’t disappoint!

Katie is a struggling artist who works as a barista at her sisters coffee shop. While going to visit her best friend she meets Jesse, who unbeknown to her is a very famous rock star, who’s looking for a model for his next music video. When Jesse isn’t happy with any of the models his team decides to use Katie. The chemistry between Jesse and Katie is sizzling and when Jesse makes Katie an offer she can’t refuse, she ends up touring with him for 6 weeks playing his perfect girlfriend for the world to see.

What makes this book unique, even in this over crowded genre, is Diamonds writing. I love the humor she’s bestowed on Jesse and Katie, as it makes for some really enjoyable banter.

Even though, both Jesse and Katie has some of the standard traits for this genre, it’s refreshing to meet a FMC like Katie, who actually has a back bone. Yes, she obsesses a lot about every little negative thing, but she’s neither whiny, nor self-absorbed, which brings her a lot of redemption. She tries to be reasonable and put a positive spin on things, even if it’s hard at times.

Do you like rock-star romances? Have you read this book or any of the books in the series? Let’s chat in the comments!

3 thoughts on “Book Review: Dirty Like Me (Dirty, #1) by Jaine Diamond”