I wasn’t actually tagged for this one, but I saw it over at mythical musings & FLYING PAPERBACKS and as a Muppet fan, I couldn’t resist. If you haven’t already, you should definitely check out Helen and LaRonda’s blogs.

This one I’ll have to give to Starcrossed by Josephine Angelini.

On paper this is totally my kind of read as it has:

But this YA series definitely wasn’t for me. I’ve mentioned it many times in my reviews, but the heroine is a nightmare. If she’d died I probably would have enjoyed it.

Without doubt or second thought, this one goes to Percy Jackson. Which one you ask? Percy Jackson and the Olympians & Heroes of Olympus – any and ALL of them are hilarious! I know I’ve mentioned it before but I’ll happily say it again: Percy is definitely one of my all time favourite narrators.

Hmm… I don’t really know. I mean, there’s plenty of school and course book I’ve read, that made me smarter. Like Math for dummies, Math for extra dumb dummies (I felt judged by that title!).

The entire Covenant series by Jennifer L. Armentrout is seriously messed up. The heroine a not so sweet mixture of a special snowflake and a bully. It’s so frustrating reading about, how she gets away with absolutely everything, even her bullying is praised. What should be bravery comes across as misplaced pride so all in all, I can’t stand her. Yet another YA heroine that doesn’t deserve a HEA. 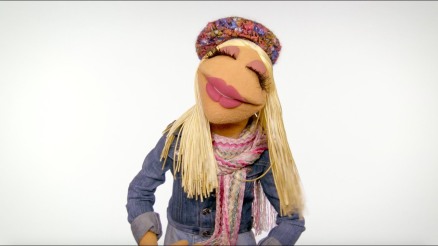 I’ve recently read, reviewed and raved a lot about Just Be You and I can’t think of any book, that’s given me better vibes in a long time.

Ah, that’s an easy one! Percy Jackson And The Lightning Thief & Percy Jackson And The Sea of Monsters. I usually try not to get into this, because my God I hated the films. Sure, the effects were cool and the Hippocampus was undeniable beautiful. However, the plot was twisted and ruined beyond recognition. Ugh! And the last thing, I actually mentioned this just the other day, but the opening scene of Lightning Thief… you know, when Zeus and Poseidon FIGHT… two immortal gods throw fist punches at each other. THAT just took lame to a new low.

I’m so glad I stumbled upon this tag and, I had a lot of fun doing it. It is a bit surprising that Kermit, Miss Piggy and the Cookie Monster aren’t part of it, but such is life.

14 thoughts on “The Muppets Book Tag”